Ed Leedskalnin, known for his amazing construction marvel Coral Castle, is credited with inventing a “Perpetual Motion Holder”, which consists of a U shaped core with a coil on both sides that are connected in criss-cross fashion. There is an iron keeper that closes the gap and when a battery is connected to the two coils, the keeper stays magnetized to the U permanently. This causes an internal magnetic current to run in the loop perpetually and when the keeper is finally removed by force, the magnetic field collapses and it causes the coils to output electricity.

The image above is a book cover to one of Ed Leedskalnin’s books, Mineral, Vegetable and Animal Life, which has the Perpetual Motion Holder depicted on the cover.

The Perpetual Motion Holder works as claimed and it is easy to build. What is interesting is that it is normally thought that current has to be supplied to the coils in order for the metal to become magnetized and when the current is removed, the magnetization disappears. However, this is not the case as is easily demonstrated by the Perpetual Motion Holder.  Many people have had these devices magnetized for many, many years and no matter how long, when the remove the keeper, the coils output a pulse of electricity. It can be measured with a meter or you can see that it will light an LED, etc.

Einstein said that the key to creativity is to hide one’s sources and in this case, that is exactly what Ed Leedskalnin did. It was known that Leedskalnin was very studious and he examined much of the literature of his day regarding electricity, magnetism, biology, etc.  During this time, one of the most famous books on magnetism, which is still a valuable resource was first published in the 1840’s and spelled out the Perpetual Motion Holder, but with a very different name – 100% exact explanation of the results of the device.

Davis’s Manual on Magnetism was one of the first and most popular books that detailed this device and virtually every technically oriented scholar at Princeton in that day knew of it.  This is NOT the first reference to this device, but it is one of many from it’s time. There is an earlier reference and we’ll get to that soon.

Davis’s Manual on Magnetism – below are some pages from the book’s title page and the relevant pages for the Perpetual Motion Holder. Please read the comments in between some of the images:

You can see on page 75 above that image 126’s description is that of the Magic Circle – the original name for the Perpetual Motion Holder. If you have two semi-circles attached with a coil of wire  around a side of this circle and charge it, the two iron semi-circles with stick together. If you remove the electricity, they continue to stick.

Below on page 76, you see a variation of this with handles that two people can pull on to demonstrate just how strong this effect is.  And you see the details of its interesting properties:

“If the flow of the current in the coil is stopped while the armatures
are applied to each other, as shown in figures 50 and 51, they will still continue firmly attached; but if once separated, will not adhere again.”

Below, you see in Fig. 53, the classic “STRONG” type of electromagnet as used by Ed Leedskalnin and is apparently invented by Prof. Henry who is mentioned in section 132 at the bottom of the page. We’ll discuss Prof. Henry soon.

Above is an image of another variation of the Magic Circle, which is designed for much stronger variations. It is a hybrid between the original Magic Circle and the strong electromagnet with coils on both legs of the horseshoe shaped core.

Below, it says, “If, however, the armature is applied to the poles, and the flow of the current is stopped while it is attached, it will continue to adhere for weeks or months with great force, so as to be able to sustain one third or one half as much weight as while the current was circulating. But if the keeper be once removed, nearly the whole magnetism will disappear, and the magnet, if of good iron, will not even be able to lift an ounce. The polarity of the magnet will of course be reversed by changing the direction of the current.”

That statement reveals that some of the power actually is lost after removing the battery, but for the most part, it sticks until manually removed – or until electricity with the opposite current is applied.

So there you have it, the full revelation of the “Perpetual Motion Holder from the 1840’s. The mention of Prof. Henry is very important because not only is he the inventor of these stronger electromagnets that went way beyond what anyone had developed before, but he appears to also be the inventor of the Magic Circle.

Joseph Henry was a contemporary of Michael Faraday and independently discovered the Laws of Electromagnetic Induction but about on year after Faraday. The unit of measurement for inductance is named after Joseph Henry.

In some of Joseph Henry’s notes, which are documented in a book called The Paper of Joseph Henry edited by Nathan Reingold, we see the earliest mention of the Magic Circle. This book details papers by Joseph Henry from November 1832 to December of 1835, which are called “The Princeton Years”.

Clearly, the editor of the book had absolutely no idea what the reference to the Magic Circle meant, but now you do! And it was in Joseph Henry’s notes around 50 years before Ed Leedskalnin was ever born.

Please understand that this is not intended to take anything away from Ed Leedskalnin’s very interesting work but rather to correct a common misunderstanding about the Perpetual Motion Holder.

If you want to know how to make a simple one, this is one of the simplest How-To videos you can find:

The operating theory behind what maintains that magnetism is a whole other topic, but suffice to say, there is a magnetic current that is put into circulation around the loop. Many conventionally minded people do not believe in magnetic currents as they think a piece of metal that is magnetized only has a static field that just sits there. My opinion is that they are wrong, but that is another story.

Many years ago, John Bedini and I were discussing toroidal coils and he shared with me his belief that there is a magnetic current that is always in circulation around the ferrite core. The question then is how do we tap it for energy production? We did not come to a satisfactory answer, but something along these lines is possibly happening with Steve Marks’s TPU (Toroidal Power Unit).

You can learn more about that at Rex Research here: http://www.rexresearch.com/markstpu/markstpu.html

One thing you  might find very interesting is that conventional science has indeed discovered a never-ending perpetual electrical current in circulation in closed metal rings.

Abstract says: Quantum mechanics predicts that the equilibrium state of a resistive metal ring will contain a dissipationless current. This persistent current has been the focus of considerable theoretical and experimental work, but its basic properties remain a topic of controversy. The main experimental challenges in studying persistent currents have been the small signals they produce and their exceptional sensitivity to their environment. We have developed a technique for detecting persistent currents that allows us to measure the persistent current in metal rings over a wide range of temperatures, ring sizes, and magnetic fields. Measurements of both a single ring and arrays of rings agree well with calculations based on a model of non-interacting electrons.

Share this with your friends with the buttons below! 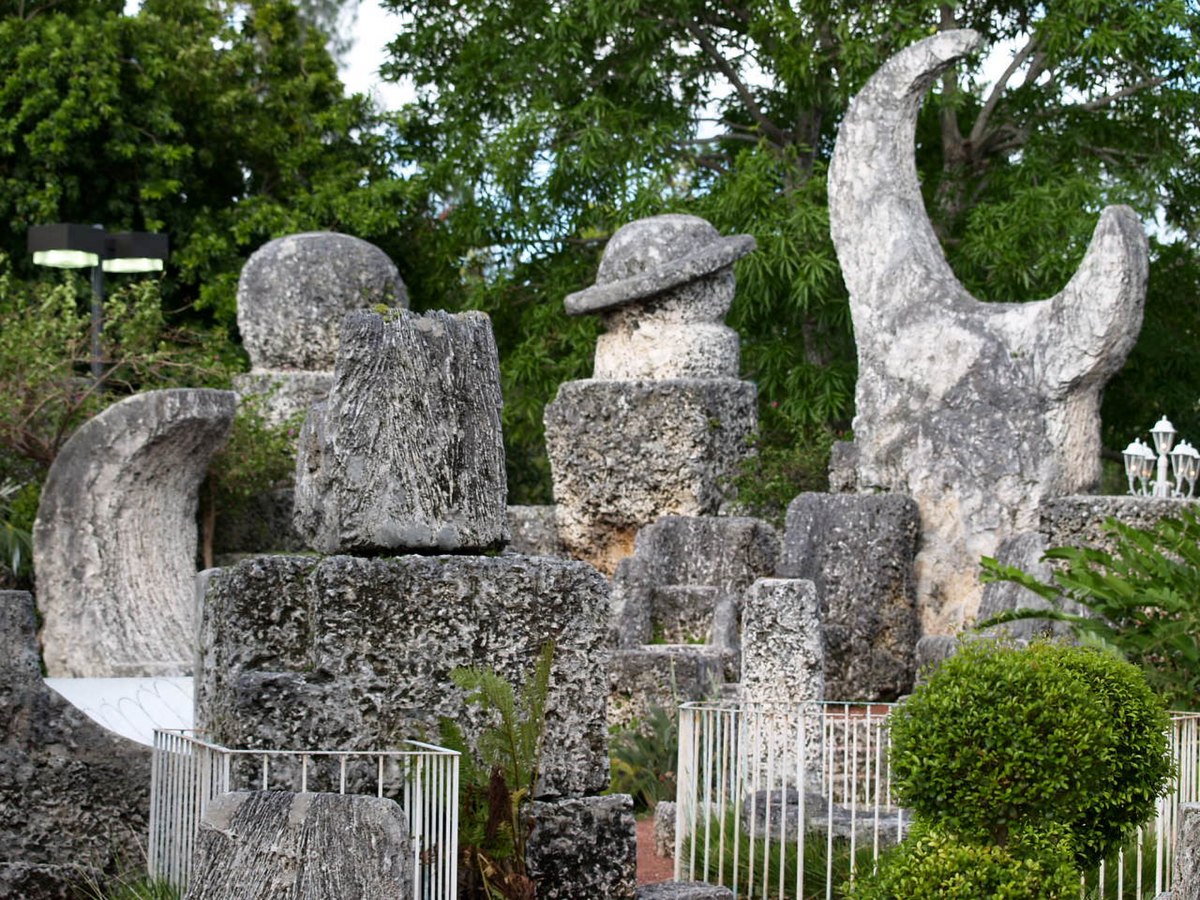 For many decades, Coral Castle built by Ed Leedskalnin has been a mystery with speculation that free energy and anti-gravity technologies have been involved with the construction.

This video documentary is created by Scott Russell and is by far the most sensible explanation as to how Ed Leedskalnin actually built Coral Castle.

It’s a bit disappointing that there isn’t more of a mysterious energy source of technology behind it so it takes a bit of fun out of it, but if Scott Russell’s analysis is even half correct, it is still a very profound piece of work.

This video has been online for a couple years now and I only just now came across it and wanted to share it with you. It is still an engineering marvel and the methods that Ed Leedskalnin used are no less amazing – if this is indeed how he did it.

This video is only about 25 minutes long and is well worth the time it takes to watch it. I think you’ll have to agree that it certainly looks like Russell may have nailed it – we’ll never know 100% for sure, but it certainly appears pretty close.

If you want to see some of the interesting speculations and discussions on Ed Leedskalnin and his work over the years at Energetic Forum, check this out: Ed Leedskalnin