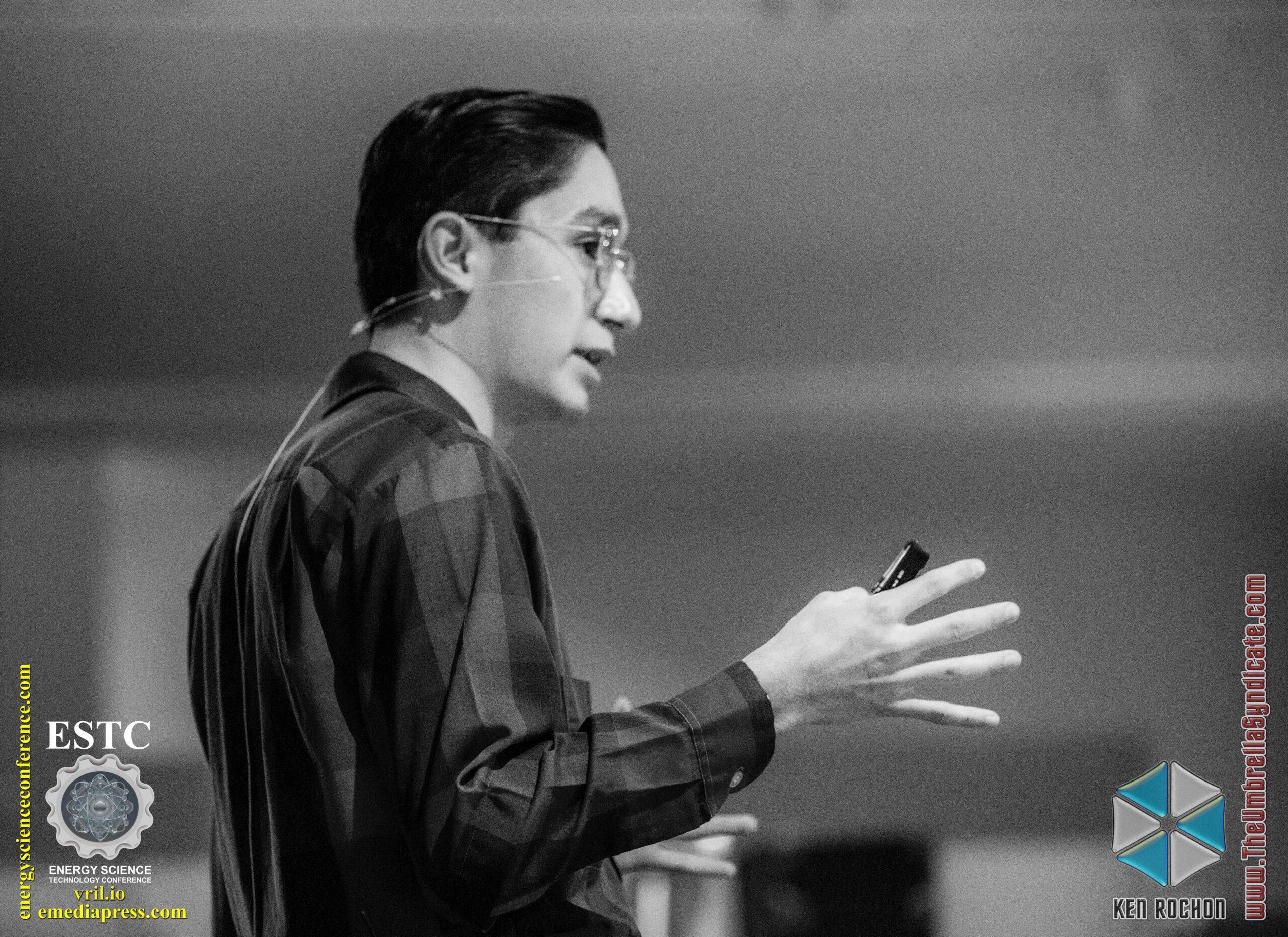 Griffin Brock is a 16 year old enthusiast in the electrical sciences and he is an avid experimenter who has replicated some of Eric Dollard’s work. He was also a presenter at the 2020 Energy Science & Technology Conference. He delivered two presentations. One was on his variation of an electrodynamic seismic forecasting system and another was addressing issues with 3 Phase power systems.

Panel Discussion at the 2016 Energy Science & Technology Conference – This starts with some announcements from the vendors who had tables at the conference and then we celebrated Tesla’s 160th Birthday by playing the trailer to a very important documentary called Teslafy. The director of the documentary Janja Glogovac was there to share a bit about her work. The panel discussion was moderated by Aaron Murakami and included contributions by Peter Lindemann, Paul Babcock, Moray B. King, Graham Gunderson, Professor Robert Haralick, Jim Murray, Mike Waters and Eric P. Dollard. Watch it free right below, give it a LIKE and please share it with all your friends!

The Power of the Aether as Related to Music and Electricity is the most recent presentation by Eric Dollard, which was given at the 2015 Energy Science & Technology Conference.

This is yet another groundbreaking presentation by Eric Dollard, which happens to include one of the most important explanations of J.J. Thomson’s work in regards to real aether physics.

It opens the doors to being able to directly engineer the aether but has evaded everyone since Thomson’s work was fairly convoluted and there was no continuity to his math. Eric straightened that out as much as possible and gave much needed clarity to the subject.

Here is a recent live interview with some callers who were either at the conference or purchased a copy of the presentation.

Get your copy at https://emediapress.com/shop/power-aether-related-music-electricity/

The long anticipated by book by Eric Dollard, Vesor Algebra as Applied to Polyphase Power Systems, is finally available.

Take note that this book reveals that Eric Dollard’s understanding of Polyphase Power Systems their rotating waves is actually more advanced than either Tesla or Steinmetz’s original understanding.

This is a historically  important book not just for electrical engineers, but eventually for music theorists because it allows them to finally have the simplified sequence algebra necessary to fully analyze polyphonic music.

Proceeds from this book go to supporting EPD Laboratories so Eric Dollard can continue his work on the Advanced Seismic Warning System, other projects as well as continuing his writing.

Listen to this overview by Eric Dollard:

Get your copy here: https://emediapress.com/shop/versor-algebra/

VERSOR ALGEBRA BY ERIC DOLLARD – WHY IS IT IMPORTANT TO THE TESLA SCIENCES?

At the 2013 Energy Science & Technology Conference, Eric Dollard presented Four Quadrant Representation of Electricity – that presentation and the book that followed it went deeper into Eric’s mathematical concepts than he has ever taken them. But he gave the presentation in a way with a lot of diagrams, analogies, etc… to make it as simple as he could for the layman to understand.

Way back in Tesla’s time, Charles Proteus Steinmetz was hired by General Electric to analyze Tesla’s polyphase systems. Most people are familiar with today’s three-phase systems, but Tesla’s was actually four phase. Although Tesla conceived of all of this, it was Steinmetz who was the real builder and adapted the four phase system into a three phase system that is in use today.

Steinmetz was the one who first used Versor Algebra in his analysis of Tesla’s polyphase systems – it is also known as or possibly more accurately known as Sequence Algebra.

This left a huge complication because the three phase system didn’t have the normal pluses and minuses in the mathematical analysis so there was this gap for all of this time that did not make it possible to really analyze three phase systems with conventional math.

Dr. Fortescue is someone that most people have never heard of, but he developed a system known as “Symmetrical Coordinates” and that made it possible to analyze systems of any number of phases thereby closing the gap.

Where Eric Dollard’s Versor Algebra book comes into play is that Eric is presenting a General Theory of Versor Algebra for the first time in mathematical history tying all of this together and bringing it to the simplest form possible.

Once again, Eric Dollard demonstrates his genius mastery of the Tesla Sciences like nobody else has been able to do. Whether or not you have an interest in the math, we hope when it is released on March 22nd, Sunday, that you’ll help support Eric and his work that is very important to the electrical sciences by getting your own copy.

Categories: Energy News, Eric Dollard, New Releases
Tags: charles proteus steinmetz, eric dollard, eric p dollard, fortescue, nikola tesla, polyphase systems, symmetrical coordinates, tesla, versor algebra
I received literally hundreds of emails about the Eric Dollard interview video on YouTube going private. Before that happened, there were literally thousands of views. Eric Dollard exposed a few people in that interview and they retaliated so the producers of that video, Union Features, made it private but re-uploaded an edited version here:
Even if you already saw the video, please play it for a moment and click the THUMBS UP button at the top right of the video to show Eric Dollard your support!
DOWNLOAD THE UNCUT VERSION HERE: Quite a few people downloaded the original and they’re already uploading it to multiple places to preserve it. Click the following link, click the button that says Download This File, enter the captcha code and hit the button and it will download in a zip file. In the zip file is a high resolution mp4 of the entire uncut interview – there is no Copyright notice in the video but that doesn’t mean it isn’t copyrighted – check with Union Features if you have any questions: http://www.filedropper.com/tesla20mp4
Categories: Energy News, Eric Dollard, Interviews
Tags: aether force, eric dollard, eric p dollard, interview, mohamed youssef, ray savant, rayam azab youssef, techz, techzombie, tesla 2.0, thomas joseph brown, union features
Product categories
Search blog posts and articles