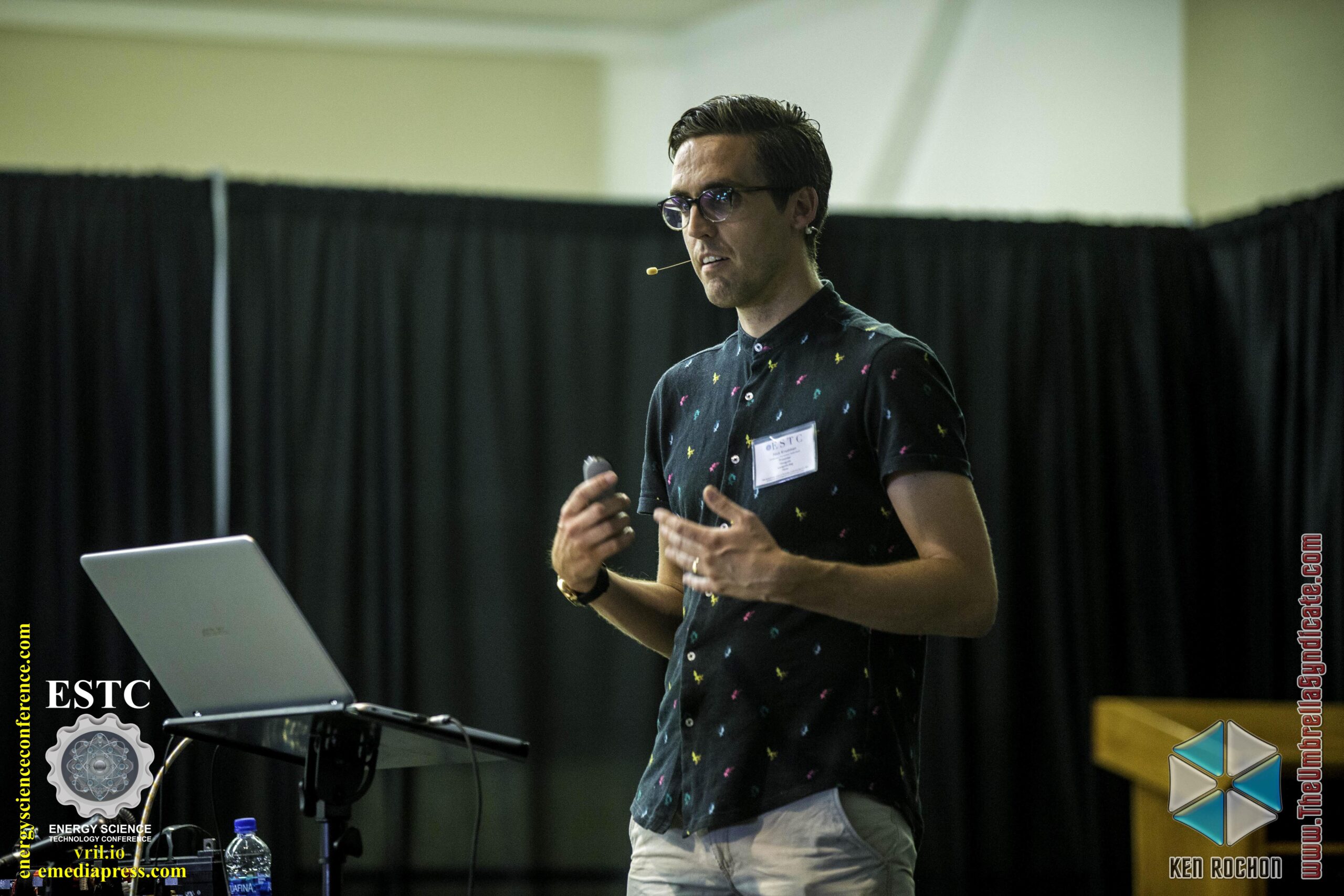 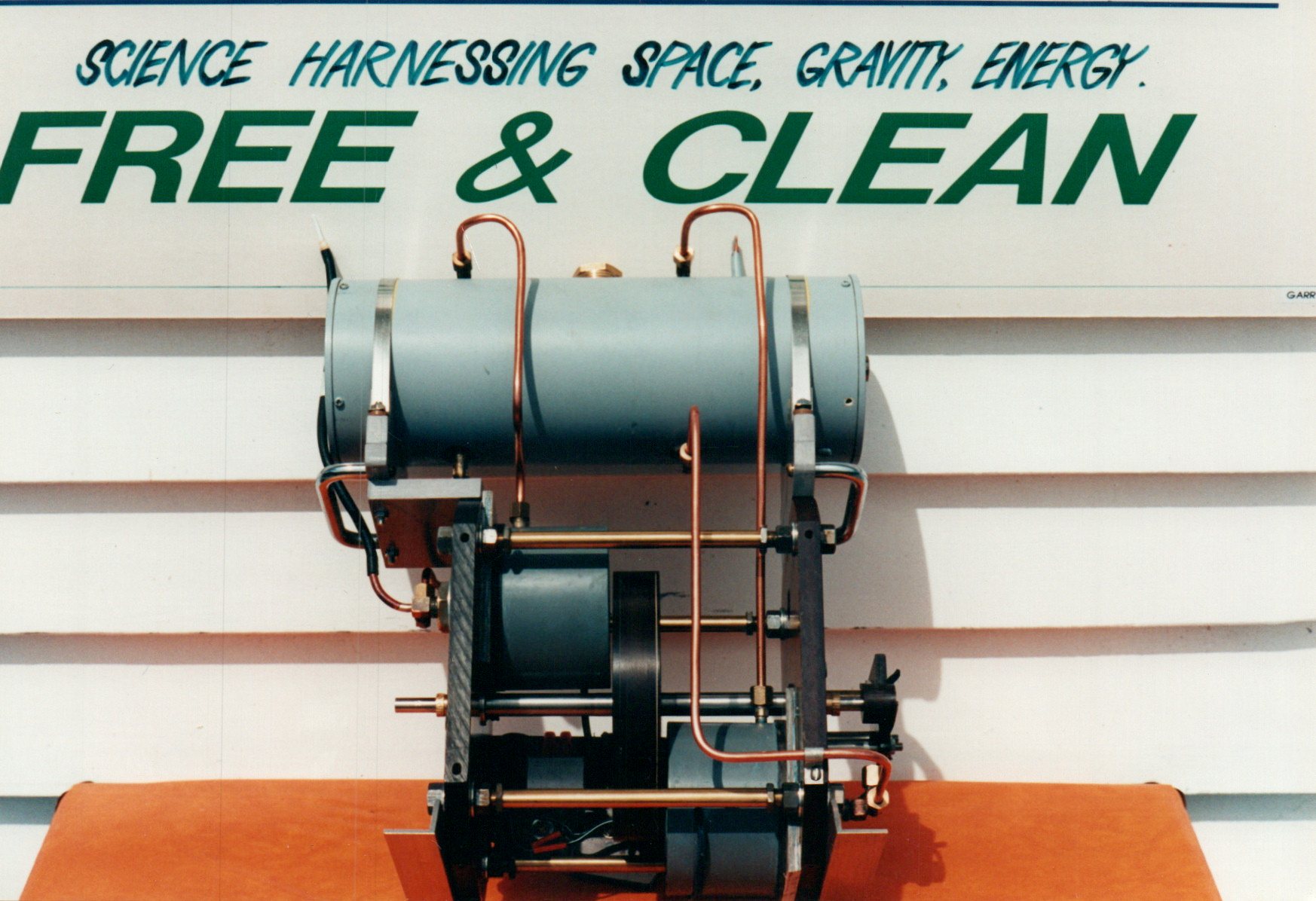 Nick Kraakman who has been collaborating with Peter Lindemann behind the scenes is bringing an Adam’s Motor to the 2021 ESTC. Nick will be showing some never before seen pictures of some of Dr. Robert Adams machines that were sent to Peter Lindemann years ago. Peter corresponded with Dr. Adams for years and has compiled more booklets, pictures and letters from Dr. Adams regarding the Adams Motor than anyone that we know of. This information and pictures will all be available in digital downloadable format after the conference.

There are very specific features about the circuit and coils that are no immediately apparent, which give advantages to it’s efficiency and coefficient of performance (COP). This will all be explained at the conference.

Here are a couple pictures of the latest build by Nick:

The Kromrey Generator is one of the most interesting generators that has made it to the public. Although it has never been mass produced, enough researchers and developers have built them to demonstrate that it definitely has some anomalous properties. John Bedini is one of those geniuses that has been involved with the Kromrey Generator before most have ever heard of it as well as having built many variations that hold up to the claims of the inventor.

At the 2016 Energy Science & Technology Conference, Peter Lindemann presented a large-scale Bedini SG that ran itself and kept its batteries charged up as well as demonstrating John’s 2 Pole larger Kromrey Generator. In the demonstration, it showed that the input motor drew about 32 watts while charging a battery with 72 watts. That is about twice as much output as what was being supplied to the input. Peter’s presentation that goes into the operation of this machine is available here titled Bedini SG – Beyond the Advanced Handbook – https://emediapress.com/shop/bedini-sg/

On that same website is the third SG book called Bedini SG – The Complete Advanced Handbook and that goes into a lot of the details on the Kromrey Generator as well.

Below is a video where I show a simple video of the machine actually speeding up as the output is shorted – normally, this would create so much counter-torque that it will make it very difficult for the input motor to turn. Instead, it actually climbs 50-60 rpm while the input power actually drops! There is a simple reason for this but there are other anomalous aspects that conventional science cannot explain such as the demonstration results that Peter showed at the conference. The below video also gives a few closeups of the Kromrey Generator that John Bedini built (one of them) as well as an error that I discovered in the Kromrey Generator patent that nobody has ever pointed out until now.

Make sure to register for the 2018 Energy Science & Technology Conference – you never know what we might show next! Energy Conference

Share this video with your friends with the share buttons below – not everyone has seen a generator that actually unloads the prime mover when it is shorted out! Please understand the significance of this machine is profound. Imagine a gas generator set running and you turn on some lights powered by the generator but the gas engine stays the same RPM. That means that it doesn’t take more electricity to power a load. I still consider this technology in its infancy and there is a lot of room for improvements, which may be coming out in the near future.

Plasma Impulse Motor by Aaron Murakami, presents a novel way to power an inductor that appears to possibly have a reduced resistance/impedance effect in the entire circuit. This may prove out to show how to get a stronger magnetic punch on a coil thereby increasing its power so we can have stronger motors for the same or less electricity. It is also a 100% mirror image of the Gray Tube circuit, which is though by many to be THE Holy Grail of Free Energy since the output is astoundingly high compared to the input. If the inductor’s impedance is being reduced, even a little, this is a very important discovery in electromagnetic science. Release date – August 27, 2016. Learn more: Plasma Impulse Motor

Bedini SG – Beyond the Advanced Handbook by Peter Lindemann – This is the first time John Bedini’s 1984 Kromrey Generator has been publicly demonstrated ever and the meters showed that the output was 200% compared to the input. And, the primary KEY piece of information to make it was has been fully disclosed! The Bedini SG that was demonstrated had a self-rotating battery system based on Bedini’s Splitting the Positive diagram and it recycled virtually all of the energy is used to run the energizer back through batteries to charge them up. The amp hours of running time that this energizer demonstrated was way more than the battery capacity can account for. A diode method was also shown that elicited way more radiant energy than the circuit and batteries could even handle, which teaches you that generating the radiant is not the issue because it has always been in the machine from the beginning – the real issue is how to safely capture it! The bottom line is that this presentation demonstrates that what was taught in the Advanced Bedini SG Handbook book is true.  Release date – August 9, 2016. Learn more: Bedini SG – Beyond the Advanced Handbook

Cold Electricity by Aaron Murakami – This presentation reveals and unknown patent application that spells out the clearest description and list of benefits of Cold Electricity out of any public document. It has been hiding in plain sight for years and is the subject of a replication attempt. There are enough details in this presentation to demonstrate the basic switching method and two proposed methods of operation. Proceeds from this video will be used to further the replication attempt and we hope that others will be able to follow suit. Learn more: Cold Electricity