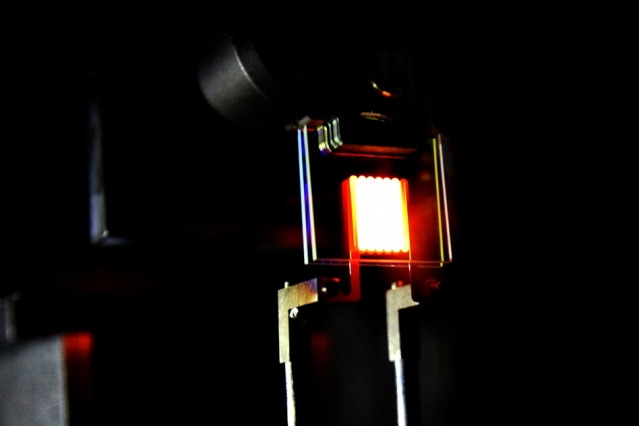 Imagine having a free energy flashlight that never has to have its power source replaced, you don’t have to plug it in, put it in the sun, crank a handle or shake it up… because it charges itself up. What if you were able to use it for a few hours, set it down and the next day, it is charged back up again?

Obviously, this would have serious implications not just for flashlights, but mobile phones and any other small devices that are normally powered by some small batteries.

In this case, it actually exists according to a company based out of Australia and they’re selling these free energy flashlights right now. We want to bring it to your attention.

The company claims their Free Energy Flashlight is powered by the Earth’s magnetic field and other electromagnetic waves aka electronic smog that is all around us. It’s not far fetched and a lot of big companies are taking this concept serious.

RFIDs are also powered like this and some are even claiming to have developed it to a point, which it can charge a AA battery in a day. That might not seem like a lot, but what if you had that technology in every wall clock, mouse or wireless keyboard, remote controls, you name it… the batteries would never die and you would never have to replace them.

Dennis Siegel claims to have developed a circuit that will harvest enough to charge a AA battery like this. It appears to be nothing more than electromagnetic induction into a coil from the fields produced from electrical appliances, etc. But there are also models he developed that can harvest the same using much higher frequencies coming from radio, cell phone towers, etc… Read more about this here: http://www.extremetech.com/extreme/148247-german-student-creates-electromagnetic-harvester-that-gathers-free-electricity-from-thin-air

Even large corporations like Nokia have already announced that they’re looking to do the same thing in order to have a phone keep itself charge up. It’s been a while and we haven’t heard much more about it. They say it’s only outputting an amount of electricity that is too small so perhaps they haven’t exceeded the levels needed to accomplish the goal of keeping a phone charged up. Or, maybe its just too disruptive to pull hundreds of millions or billions of phones around the world eventually off the grid and have them all charged at the expense of the power company or home/business owners – seeing that the article came out 6 years ago, why would a company like Nokia with all its resources not be able to produce something like this? Even if it wasn’t built into the phone, they could build it into a phone case. If someone never had to plug it in, I’m sure they’d sell more than a few! Read about Nokia’s announcement on this here: http://www.technologyreview.com/news/413744/wireless-power-harvesting-for-cell-phones/

The company that actually has built a Free Energy Flashlight is Adgex. Here’s what they say, “…the use of the ‘Adgex Accumlator’ ELFE taps into the earth’s energy supplies and converts that power into usable energy. Yes, the Earth provides the energy to charge the light, it’s that simple, and that incredible.”

You can use it for a few hours then set it down and the next day it will be charged back up!

You can get one: Free Energy Flashlight

If you want to join in on the discussion to look into it more, go here: http://www.energeticforum.com/renewable-energy/20247-worlds-first-real-free-energy-flashlight-no-shaking-no-batteries-no-solar.html

In some third world countries, when the sun goes down, there is no light for the people. If there is, it is usually a kerosine lamp that burn indoors. The light is useful, but some claim that one night of breathing in the fumes is the same as smoking 40 cigarettes. And to top it off, 20% of a family’s income every week pays for the fuel.

The folks at LEDsafari are doing some great work using a very simple method. They use a cell phone battery with the electronics removed, an LED, a switch and a small solar cell to build a low cost solar lamp.

Little by little their method is getting a bit more sophisticated. LEDsafari is now adding a diode to keep the battery from sending power to the solar cell and burning it up. Also, a resistor is added to limit the current the battery delivers to the LED so it lasts longer. Total cost is about $2.00.

There are some simple ways to improve upon these methods. But for now, this project has been a blessing for thousands of people. Without LEDsafari’s solar lamp program, many would be sitting in the dark or spending money just to breath unhealthy fumes. This just shows that something so small and simple really can make a huge difference in people’s lives!

The income savings and health benefits are obviously priceless. It is important to understand this isn’t a hand-out. LEDsafari holds workshops to teach people how to empower themselves by learning how to build their own solar lamp! Just look how happy those kids are in the picture up above. This is not just a technical skill, but a way to increase their self-esteem and build confidence in the fact that they can help themselves.

Support this project by telling your friends, sharing this page and visiting: LEDsafari

A local Ceour d’Alene company (right next to Spokane) has created a lighting technology where they can print a paper, put electricity to it and it lights up.

Essentially, it is a printed LED – the world’s thinnest LED that is and it is quite revolutionary because it opens up a lot of possibilities.

Go here for the rest of the story and to watch the promo video: http://phys.org/news/2014-11-rohinni-lightpaper.html